Apple released it’s first touch screen phone and iPod mid 2007. Since that day, the mobile phone market has never been the same. Being within the first smartphone in the market, Apple soon revolutionized the market with their closed source technology. Apple’s iPhone soon took over the market, being the #1 provider in mobile phones at one time.

As iPhones came on the rise, attackers recognized the potential behind attacking mobile devices. Today, with more mobile phones than humans on the earth, the mobile market is one of the fastest emerging technologies in the world. Attackers have began to mobilize with drones, their own phones, and just sitting in their own home sniffing networks.

While threats have began to mobilize, mobilized security solutions have emerged in the market. The most prevalent being a VPN. A VPN will protect the smartphones WiFi connections. Say you go into a coffee shop, the smartphone recognizes the WiFi network, the connection will initiate automatically without consent. From there, any attackers on the network will be able to sniff unsecured connections which could be email, messaging applications, instant messaging, social networks, etc. When the phone enters the network, attackers have a great time harvesting data. When the consumer adds a VPN on their phone, attackers hate it.

Turn on the VPN: The phone recognizes the network. The phone initiates the same connection without consent, this time the VPN is protecting the network. Anything going over the network will be automatically encrypted. Instant messages, emails, application data and everything. Attackers hate this as the data is jumbled and automatically encrypted. The data is physically unreadable, unless the attacker has a multi-million dollar quantum computer and non-existent technology, you will be secure. The possibilities for mobile attacks are endless. If an attacker tries to bypass the VPN in some way, a reliable VPN such as the ones listed below will firewall the attacker. Meaning malicious packets cannot be injected via the network. With much foot traffic in physical locations, attackers will move to the next unsecured connection.

Now a VPN will be useless on public WiFi unless it supports OpenVPN. OpenVPN is open-source technology that offers the most secure connections by far. Any other algorithm could be labeled as unencrypted and plain text. At least %93 of providers do not offer OpenVPN on mobile devices. Most do not know the threat of walking around with an unsecured connection, especially on low-level government built cryptographic algorithms. 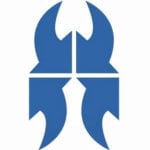 VikingVPN is the number one choice for mobile. Why? The service is plain, simple, and fast. When searching for a VPN for mobile devices, simple is better. VikingVPN offers ONLY OpenVPN for computers and mobile devices. The service is a bit expensive, but the speeds are optimal. When testing the VPN, Viking stayed connected while the device was locked (which is rare, most disconnect after a while) and could handle intense streaming sessions for various hours at a time. The service had not disconnected once in our 30 days of testing.

blackVPN is another small provider who offers a great and simple service. blackVPN too offers OpenVPN on mobile and a bit of a smaller country selection. While blackVPN is a great VPN, we did find some servers to be a bit slower, but that just required us to connect to another server.

VyprVPN offers indepth support for VPN on iOS devices. While offering OpenVPN, VyprVPN actually offers their own custom built application. Inside the app store, the VyprVPN application can be downloaded for free. Input the login credentials and a very nice interface popups. Every server can be connected to with a simple click, you can browse the map, countries, locations, and all options inside and out. Inside the application additional settings are available to choose from. Overall the VyprVPN iOS app locks down why it’s great for iOS devices.

ibVPN is another great VPN for iOS devices. Offering extensive support and having their own custom app in the app store, ibVPN is a great choice. With a variety of 9+ countries to connect to and a secure DNS that is optional, ibVPN offers all of this at an exceptional price point.

Image Credit:
Icon made by Freepik from www.flaticon.com. VPNFTW.com takes no credit for the Apple logo or iPhone trademark. No copyright is to be taken, all logos are licensed under the creative commons attribution license, please read the company disclaimer page.