There are hundreds of new VPN’s on the market and many emerging daily. With many providers, lies, deception, and clever marketing schemes take place all over the VPN industry. How can you know what suites your personal needs or a safe provider? The VPN market has far to many providers, some that lie, and some that are complete scams. The table below decedents from the personal best VPN’s, #1 being the best. We recommend you read our reviews on the services. Below the following features will be accounted for: Security, Privacy, Speed, Price, Logging, Policies, is bittorrent allowed,  and encryption algorithms.

AirVPN is an Italian based VPN provider who has been providing reliable secure connections since 2008. With AirVPN’s long past and team, AirVPN has created a name for itself. Also due to the fact of their one of a kind configuration generator, it makes everything one click and simple. Everything from Windows, to Linux, to mobile phones to routers, to servers and extreme technical specs. Whichever way you look at it, AirVPN’s one of a kind generator intensifies the aspect of transparency, while still making it a one click connection.

LiquidVPN offers a top of the line secure VPN. With LiquidVPN’s non-NIST protocols, security is the top priority. Non-NIST algorithms means the encryption algorithms LiquidVPN uses are not government issued. This enhances security as the government has not intervened inside the protocol and implemented a backdoor as most would assume. Along with non-NIST algorithms, LiquidVPN also offers IP modulation, secure firewalls, dedicated IP’s, and many other great features.

CyberGhost is a bit of an older Romanian based VPN provider. Aside from VyprVPN, CyberGhost has a very large VPN network. CyberGhost does in fact have the second largest country location amount. With over 23 countries to connect to and 280+ servers, CyberGhost has a very large network. CyberGhost is one of the only providers who offers a fully secure free VPN. With a number of restrictions on the free service, it is still very usable. The premium service is fully unrestricted with access to many great additional features. 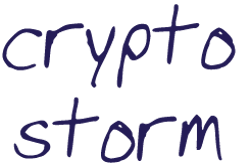